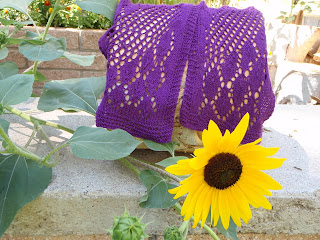 Pronounce that title in your best English accent and think Monty Python.

I am amazed what E-stim does. That is short for Electrical Stimulation. They put these little pads on your leg in four places and hook it up with wires. It stimulates the area and actually made my foot tingle sometimes.

I have had two 15-minute sessions with this, plus ice, Aleve, Tylenol, and exercises. Since last Thursday until today, Tuesday, I realize this injury didn't last too long. I still have a hard time bending my knee, and so working on my quilt on the floor is not to fun, but at least I am working on it. . .
But I am thinking by tomorrow I may be able to get back onto the treadmill again. . . I can see a bruise forming on the back of my leg.

I am in a "finish Works In Progress projects" mode and have been doing quite well so far. I finished my scarf that I began in June when I purchased some Sugar Cane yarn from a wonderful store, Green Planet Yarn when I visited San Jose. 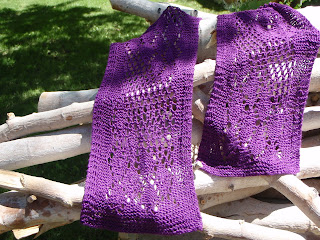 This pattern is called Streaming Leaves Lace Scarf. It is made of the softest yarn called Sugar Rush from Queensland Collection. Like I said earlier, it is made from Sugar Cane. It will go well with my purple coat I purchased in New York. I learned of a term used in knitting circles. Frogging. This is when you have to rip something out, basically you say Rip-it, Rip-it, Rip-it. Which sounds like what a frog says. I learned all about frogging on this project. I frogged the first 12 inches several times before I was pleased with how it looked. But once I got the hang of it, I was able to actually carry on a conversation and knit. Well, mostly I listened and counted. That is the most embarrassing thing to discover a mistake and in front of everyone, begin to frog. So mostly if I discovered something, I would just discretely put it away and when we were back in the car, away would go all the hard work. But it is worth it. I think it turned out really nice and I don't have any parts of it I am embarrassed to show. This is my first try at lace knitting. Up until now I have only done dish rags, that is the extent of my knitting expertise. So I am happy with how it turned out. 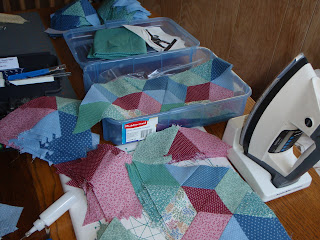 I am also trying to finish three quilts. One of them already blogged about. It will one day be a tumbling blocks quilt. I watched my smarty-pants sister complete hers in a few weeks, so I just have to keep stitching away on it.

One was a quilt-as-you-go project that I just made up. I had no idea what I was doing and I got discouraged after finishing the interior part. The borders sort of flummoxed me and I just put it away. It has been in a box for 3 years. After thinking about it, I think I have come up with a painful solution that involves me on the floor hand stitching the batting together. It hurts my knee, but I am determined to get this thing on a bed and out of the WIP box. 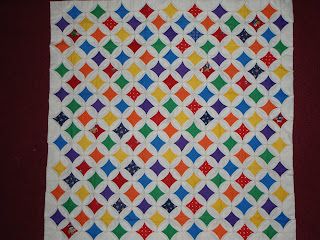 The third one I have been working on for many years is a Cathedral Window. Well, I worked on it for a time, then I put it away for some reason I can't remember now. I have 125 squares done, which makes up a tiny receiving blanket size. If I want this on a queen-sized bed, I have to keep at it for a few more years, I think.

We attended a Choir picnic last night. I belong to the Choral Arts Society of Utah. It is always fun after having the summer off, to meet with your friends you haven't seen in 6 weeks and visit and eat with them. Sterling gave me a CD.

We had been discussing among the board whether or not we wanted to do Beethoven's 9th Symphony with a local orchestra. I really hadn't heard the whole thing, so I was thrilled to receive this gift. As I listened to it today, I realized how hard it would be, and was glad Sterling had decided to put this off until we had less on our plates. We will be singing a Fall Concert, "In the Mood" which will feature 40's music, then the Salvation Army Christmas Concert, and the spring one. Sterling is considering an all A Capella concert. I would LOVE this.

Last night on the way home from Salt Lake, an amazing thing happened. We were traveling the back way, through the West Desert on a lonely two lane highway when I saw an unusual blue blinking light in the south east. I couldn't place what this might be, I wasn't aware of any kind of structure or road in that direction. I pointed it out to Sailor and just as I did, it and four other very silent aircraft flew overhead directly in front of us, in formation! I rolled down the window but couldn't hear a thing! Silence. As they silently flew westward, Sailor said they were Black Hawks. Helicopters! Since we live in a state with several military bases, it is a real possibility. But, thinking about it, the Black Hawks we saw on Memorial Day were really loud.

That is one of those experiences that almost seam like a dream, and if I don't record it, I will think it really was a dream, or a muted movie.

I guess all things considered, I am happy as a clam. . . 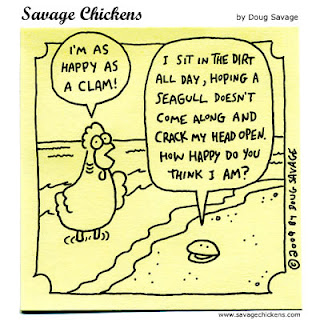 Well, I am happier than that clam. I hope you have a wonderful day.

::heads to bed humming the 9th::
~a
Ramblings by Annieofbluegables at 11:18 PM

Hi Friend,
Nice post and pics. The helicopters that we saw at the choir concert were Apaches. I couldn't remember the name last night. I think the quiet ones that flew over the road were Blackhawks. That was pretty interesting. Who would have guessed that they would be quieter than the air coming in the window?

Not sure Annie. I don’t think they were actually silent, unless you stopped the car and got out of the car. Most likely they were Blackhawk or Apache Helicopters from Camp Williams. If they weren’t helicopters, then I don’t know what they were. Sounds like it was pretty cool.
s.s.p