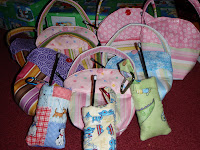 Some things I have been waiting to blog on were Christmas Surprises, and I had to wait to post them until after everyone opened their gifts.
Now that Christmas is over, I can share what I gave the grandchildren. 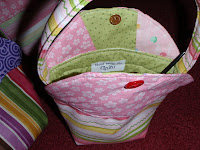 Earlier this year, I was talking to one grand daughter on the phone. She always asks for stories of when I was a little girl. The one I shared with her that day was about my ZB. We used to share a room, but after a while I moved to a different one. We were so close, that we would miss each other, and after bedtime we would call each other on toy phones. They looked just like the real Princess phones, but these had batteries and real wires to connect them to each other. We would talk into the night. I cannot imagine what we talked about, because we had spent the day with one another, but we managed to chat almost every night on our Princess Phones. My grand daughter expressed a wish to own a toy telephone, and my idea began to sprout. 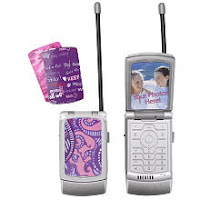 After searching the internet, I found some fun phone/walkie talkies. But when they arrived, they didn't seem so spectacular, so another idea began to bubble.


Earlier in the year, I had admired some darling Cupcake Totes made by fellow blogger, Suzanne at Just Another Hangup. I managed to find a pattern for these totes and ordered it. Suzanne sells some of the most darling Cupcake totes in her etsy shop. 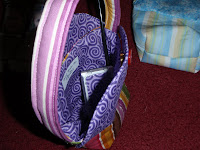 As with most patterns, I decided to change it a little. Suzanne had mentioned she narrowed the bottom sides to give it more of a cupcake shape rather than a square shape. I did that, plus I added a magnetic snap to mine. 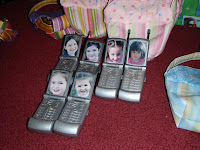 The phones came with a place to put in a picture of yourself plus interchangeable face plates. I acquired pictures of all the children and inserted them inside. On the outside, I inserted a piece of fabric from their purse. 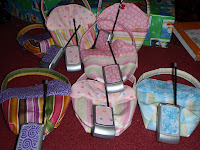 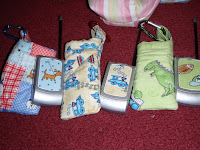 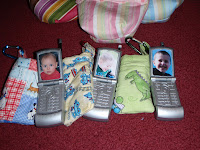 For the boys, I made little pouches that hang from their belt loops and the fabric matches the pouch. For some of the boy's I used some fabric I had used in baby blankets I had given them. Others got dinosaurs. 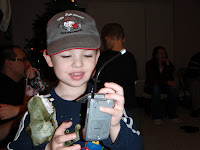 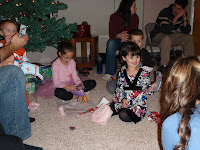 I think it was a hit. Most of the grandchildren were present at an early Christmas gathering, and the other four girls opened theirs after Christmas.

It was fun to see the little girls get ready for Church and grab their purses to take with them. Some put their scriptures inside their purses and some chap stick.

It is fun to see their phones with their toys. They can tell their own phone, because it has matching fabric and their picture inside.


Now a word about Suzanne, who I mentioned above. This woman is amazing. She blogged about the devastation in Haiti and has offered to give 100 percent of the proceeds of certain items in her Etsy shop towards humanitarian help. I hope she doesn't mind if I quote her:

I'd like to do my part. For one week I will donate all of my proceeds of a number of items in my Etsy Shop to relief efforts in Haiti. I can't go there in person to help, but I can pledge to assist in my own unique way. One hundred percent of the proceeds from my designated Etsy sales will be donated to an organization that charges no overhead and where 100% of your donation will go toward humanitarian efforts in Haiti. You can be assured that your money will be put to good use, and you'll receive a little something in return from my Etsy shop for your generosity.


What a wonderful thing to offer. I can see several things I am tempted to buy.

I hope everyone reading this is having a wonderful day. God bless you all.

~a
Ramblings by Annieofbluegables at 12:00 AM

Thank you so much for the sweet compliments and for the heads up about the sale at my blog for Haitian humanitarian aid. I really appreciate it.

Love your little cupcake totes. What an adorable idea. Love the magnetic closure and the fabrics you chose and the matching phones. I imagine they LOVED them! Really cute!

Those are the cutest gifts for your grandchildren. I am very impressed. I hope that your Christmas was as wonderful as mine was. Thanks for being my blogger friend.