(ed note: you can click on any picture and it will be enlarged)
I have promised you the "Big Reveal" of the project I have been working on for the last two months. It is now ready to show. 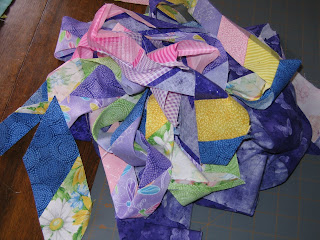 Finally, the recipient has received it, and all I have left at my house is scraps and pictures. *sigh*
Last Saturday, my oldest grand daughter got baptized. We believe that the age of 8 is the appropriate time to be baptized. That sweet little girl turned 8 the day before. 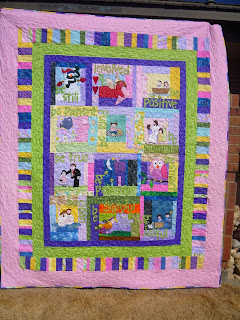 I have thought about this for a LONG time. Because with 12 grand children, I KNOW that I am setting a precedent and don't want to get lax with the last one, just because I was younger and more enthusiastic, and frankly less experienced with the first one. 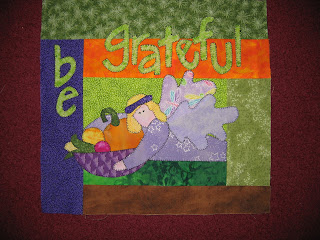 I decided that on their 8th birthday, I would make each one of them a quilt. And so, for the last two years, knowing this was coming soon, and knowing how.very.slow I am when it comes to piecing and quilting, I have been contemplating and thinking what I want to do.

I also determined I couldn't make every single one the same. I wanted to match their personalities, color preferences and whatever else I felt was needed in making them. 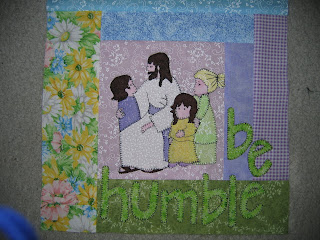 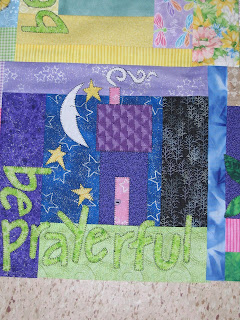 I didn't want it to be so detailed that I would get bogged down, I wanted it simple, yet pieced and something they could treasure. About the detailed wish, I totally failed. More about that later. 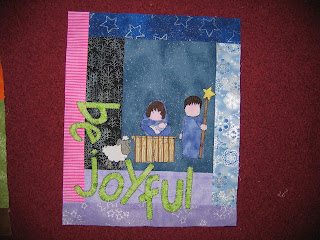 I have a quilt my Grandma made me that was hand made. All hand pieced and hand quilted. I knew I couldn't do that, but I didn't want to just tie it either. 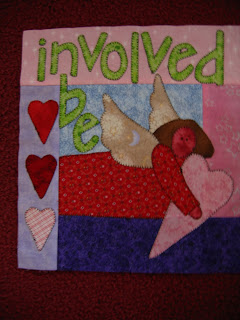 I began collecting fabrics and patterns and thinking about this little granddaughter.It all began to gel when I started purchasing sparkley purples, pinks, greens and other wonderful girly fabrics. The "not getting bogged down" part was lost when I found a wonderful pattern by Nancy Halverson called "Be Attitudes." 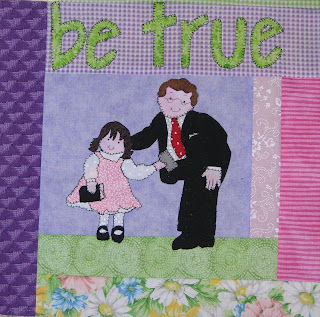 It was patterned after a talk that has come to be known as "the Six Be's"given by our late Prophet, Gordon B Hinckley. Later when he published a book called Way to Be, based on the talk, it had Nine Be's. The quilt designer didn't have all nine Be's. She had made up six more of her own from the original talk. 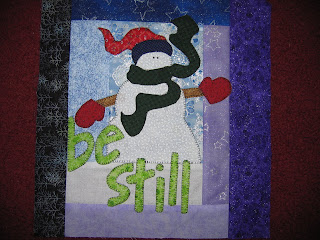 It became more involved when I realized I had to redesign the quilt to include all the Be's. I ended up redesigning some of the pictures as well. All the ones with the smaller people are my own conglomerations of pictures found on the internet.

The original one was Be Warm. I changed it to Be Still. (a snowman is still) That is the original pattern. 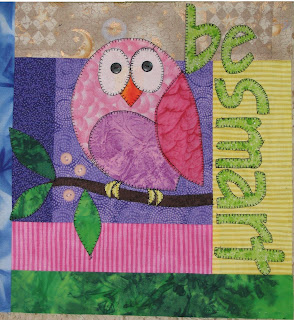 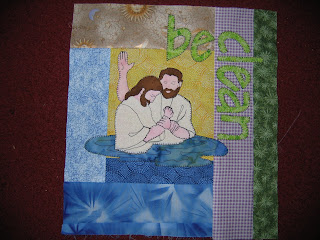 The one I called Be Clean was "Be Forgiving. A great sentiment, but not in the original talk. It was a picture of a dog with a shoe in his mouth.
I have very little tolerance for dogs that chew up people's belongings, so that had to go. I found a picture of Christ getting baptized by John the Baptist on the internet and added Be Clean. 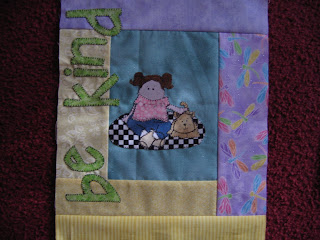 Each block took me a full day to choose and cut out the colors, design, cut and applique the pictures. I thought of this very sweet grand daughter with every.single.stitch. I pictured her sitting on her bed 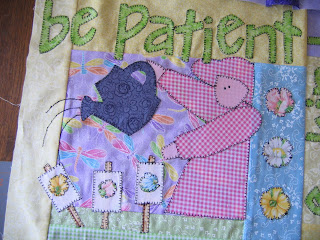 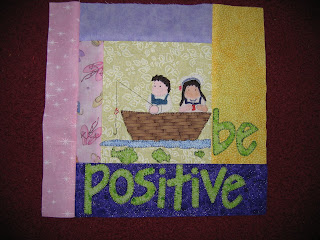 The second to last picture shows the scraps, the makings of five more quilts, also a box. This box is filled with all the strips that make up the BeAttitudes quilt. Each strip is labeled with the name of the block and order of the strip, A,B,C,D,E, etc. As long as I was going through the process of deciding on colors and fabrics I may as well cut out those blocks NOW. So I did. I didn't take out the time to make all the appliqued pictures when I did the first one, but I took close-up pictures and saved the patterns I made in an envelope labeled with the appropriate name. 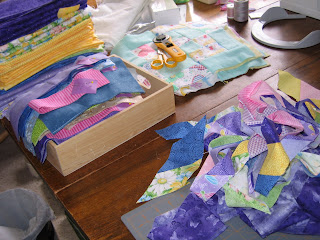 I have to make at least five more quilts like this one for the first grand daughter in each family, and my daughter who doesn't have any children yet but doesn't want to be left out of the whole quilt process. As they turn 8, I will make yet another BeAttitudes quilt. Three of whom were born this last year. 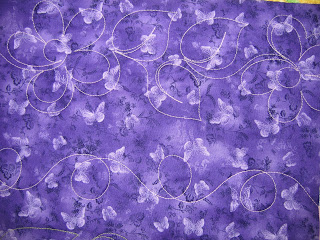 It took me around 200 hours to complete, counting the borders the backing, the binding, which was strips of fabric sewed together then cut on the bias, and the quilting which I hired done. I think she did a beautiful job. I could see the learning curve was just too great and considering the time constraints. I hope by the time I am ready to quilt another one, that I will have learned how to machine quilt.
I might be working the outage again this year, I just got a call from one of the bosses today, so I may take another break for a month while I work 12-hour days, seven days a week. We shall see. . .
in the mean time, HAPPY SPRING!
~a
Ramblings by Annieofbluegables at 6:22 PM

Hi Dear Friend,
Those are really nice pictures. I'm glad that the picture of the whole quilt turned out so good. It's an amazing piece of art, and will be a keepsake forever.

Annie-- you are such a wonderful artist!!!!!!!!! This is a magnificent testimony to your faith.

It is beautiful. I'll get you a picture of Madelyn standing by it and you can add that to your post.

It is very beautiful, and Madelyn loves it!

How wonderful...you are an inspiration. Thanks for sharing and I can't wait to see your granddaughter with her quilt. Please post that picture so we can see her. I wondered where you have been the last couple of weeks and almost sent a email to see if you were sick. Again, what a great job.

Wow! That's an amazing quilt! So much for not being too detailed! I've always wanted to take up quilting - perhaps when my children are grown I'll have the time and then I can make something sweet for the grands.

Wow - this is so incredible. What a treasure you presented to your little granddaughter!

I had really missed your blog entries lately and it was nice to see what you have been up to. You are so talented and creative. Not only is the quilt delightful and profound in it's message but there is a lot of love in each and every stitch. You are an amazing grandmother!

I am speachless! it is beautiful

And what a keepsake! It gave me goosebumps, it really did!

Wow- the talents you have. You've been very blessed, my friend. But the great thing is that you share those talents.